Sunset Through The Trees 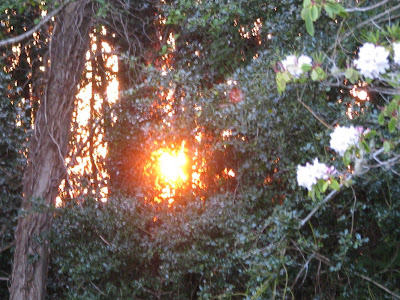 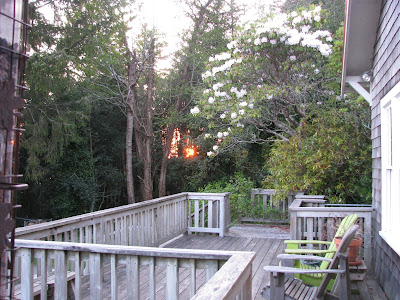 The sunset is still moving north and will continue to do so until the solstice. Late fall and winter, I could watch it set from the livng room but late winter/early spring it moved out of my sight to behind the large cedar tree on the north.

Another month to the solstice and even though the sun has set, it is still light enough to see outside at 9:30 at night. Moving 700 miles north certainly made a difference in the length of daylight in summer - back at the cabin, the sun went behind the mountain around 4 or 5pmish in the winter so I have not noticed much change in when it starts getting dark in winter here.

Twas a sunny day and we got up to 78 outside. Tshirt weather instead of fleece. Spent the day putzing and trying to identify a large bird that was flying overhead - to no avail. It is the big smudge ya see in this picture 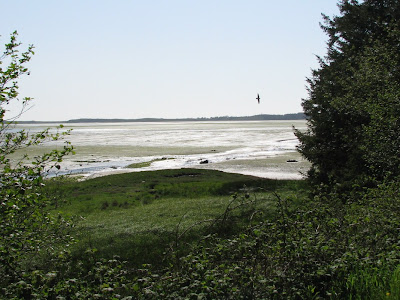 above the spit on the right. I had walked down by the firepit and picnic tables earlier this afternoon - this was taken from there. Doesn't have the white of an eagle. My downstairs neighbor, a state park ranger, came home shortly after I took this and she didn't know what it was either.
Posted by Suzanne at 5/20/2009 09:24:00 PM