Was NSA Spying on American Before 9/11 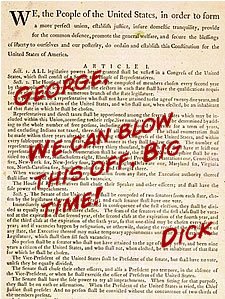 The allegation is part of a court filing adding AT&T, the nation's largest telephone company, as a defendant in a breach of privacy case filed earlier this month on behalf of Verizon Communications Inc. and BellSouth Corp. customers. The suit alleges that the three carriers, the NSA and President George W. Bush violated the Telecommunications Act of 1934 and the U.S. Constitution, and seeks money damages."
Posted by Suzanne at 7/02/2006 11:13:00 PM