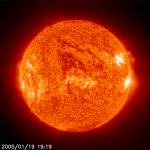 107 today. Beyond hot and into the danger zone. If it wasn't so hot, I would have Morrison Hotel by the Doors blaring (a warning signal my girls recognize to keep low and to stay out of my line of fire).

These are just some of the items that pissed me off today:

Courtesy of Americablog, I found this link to the loss of yet another government computer with social security numbers : "ALBANY, N.Y. - The names, addresses and Social Security numbers of as many as 540,000 injured workers have been lost, and the state and a contracted company are trying to protect the workers from identity theft. In New York, company and state officials said Monday that the data was on computer hardware that is missing from a secured facility of the company, Chicago-based CS Stars, an independent insurance brokerage."

Also pissing me off is Senator Barbara Boxer, who represents me in the Senate. She has some 'splaining to do about this LIE she used to try to defend her support of Joe Lieberman in the CT Democratic Primary. Jane has video on her post "The Boxer Meltdown" and Digby has the transcript and a great piece up detailing how Boxer got Federal monies to pay for abortions of rape victims. Now she is in CT supporting Rape Gurney Joe.

Here are the money quotes:

Rape Gurney Joe: "Lieberman said he believes hospitals that refuse to give contraceptives to rape victims for "principled reasons" shouldn't be forced to do so. "In Connecticut, it shouldn't take more than a short ride to get to another hospital," he said." (from the New Haven Register)

Boxer (from Digby): It is indisputable that Lieberman said "In Connecticut, it shouldn'’t take more than a short ride to get to another hospital." When asked about this today, Boxer testily replied, "no that's not what he said ... let me finish, because I read about it... what he said is he believes that the hospital has an obligation to take care of the patient and let's say there's a hospital next door ... walk ... get the patient help, that's what he meant."