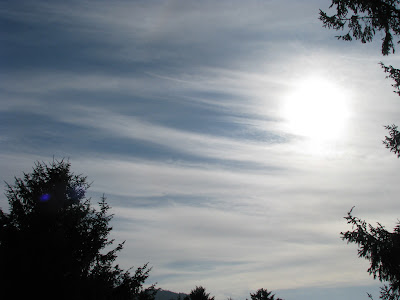 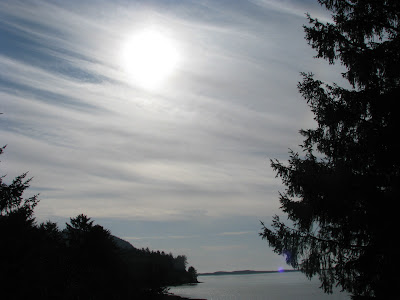 The cold is on its way. We have a Special Weather Statement and everything:

An early autumn modified Arctic air mass that spread into eastern Washington and northeast Oregon was pushing cooler and dry air through The Gorge into northern Oregon and southwest Washington. The air mass will continue to spread into the area through the weekend.

This dry and cooler air will set the stage for the lowest minimum temperatures of the season so far.

Low temperatures could fall into the 20s the next couple of mornings. The one mitigating factor in some areas will be the strength and duration of the east winds. Areas where the winds continue through the night will tend to stay above freezing due to mechanical mixing of the air. Thus... 15 to 20 degree ranges between the coldest and warmest areas are possible... and will make pinpointing low temperatures difficult. The coldest temperatures will be early Sunday morning and early Monday morning.

Next week appears active as the first series of stronger autumn storms sets up off the coast. Periods of rain... with gale force winds and rising seas over the coastal waters are likely to occur at times next week. Current timing for the onset of this change looks either to be late Monday night but more likely Tuesday. Strongest winds and heaviest rains are initially headed toward northern California... but northwest Oregon and southwest Washington will see its share of active weather throughout next week from this series of systems.

If you have any tender plants susceptible to the cold... be sure to take any necessary steps to protect them. You will likely want to disconnect outdoor hoses from faucets as well.

The fire is all set, ready to be lit. Have a decent stack of wood inside (thanks to the helper girls) and Gary the Wood Guy is going to bring me more. I'm gonna need it.

The sun feels like it is at half strength today and there is a quiet calm on the bay. Tis only 67 outside and the temperature has dropped 4 degrees in the last hour. I am predicting tonight will bring the first night of layering clothes and may even have to get out the old watchcap. My shorter hair doesn't insulate as well as the longer did -- and certainly does not help keep my ears warm :)