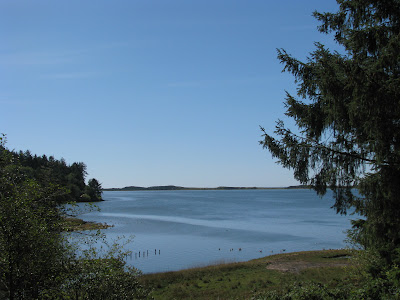 Today is the last day of summer. Was warm here - we got up to 91 - warmer than Portland who was only in the 80's. Tomorrow they are supposed to get more of the heat and I should be about the same.

Bird Rescue on the bay today. My landlord saw a brown pelican with a very badly broken wing in the first cove and called Bird Rescue. When they arrived, the bird spooked further out into the water and on the other side of the first point. He grabbed his canoe and paddled over to where rescue was, and then paddled over to the other side of the point. He said the bird was netted quickly and did not put up any struggle. Rescue will call him and let him know if the bird survives.

Token always puts on his happy face when visiting so many have not seen his grumpy face. This is why I call him a grumpy old man: 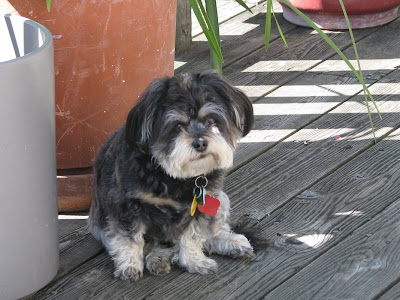 Of course as soon as he realized I had the camera out, he put on his happy face: 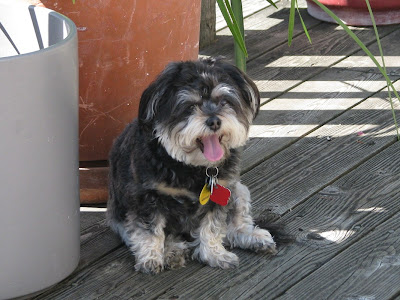 The happy face was, of course, before he had his vet appointment this afternoon - the second shot of the doggie dental vaccine. He was a trooper!
Posted by Suzanne at 9/21/2009 05:16:00 PM