Was a changeable day today on the bay. The stiff breeze blowing from the north was trying to push the low clouds towards Cape Lookout with varying degrees of success until late afternoon when the fog-like clouds were finally chased away. The breeze is, however, still quite brisk.

The first picture was taken around 2pm. 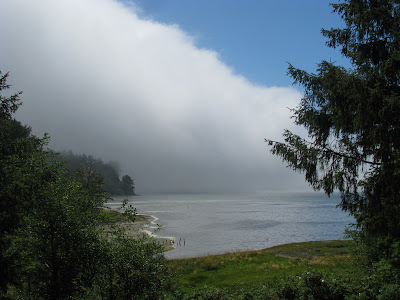 This next picture was taken about an hour later -- I figured the clouds had won and the bay would be wrapped in their mists for the rest of the day. 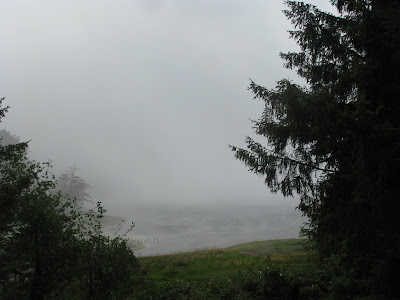 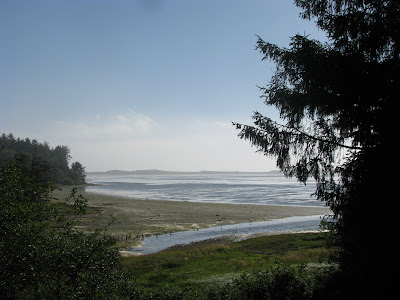 The marine layer is staying off the coast and the strong breeze is continuing to blow any stragglers south before they can come inland.

One of my fuchsias thinks it is spring again and has a bud that is starting to open. I played around with the macro function on the camera and was able to snag this: 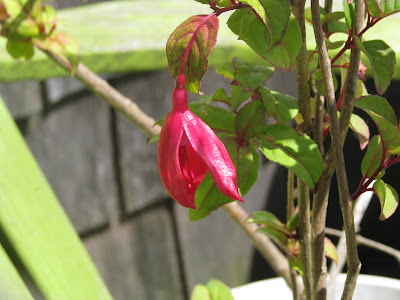