It Was 40 Years Ago Today 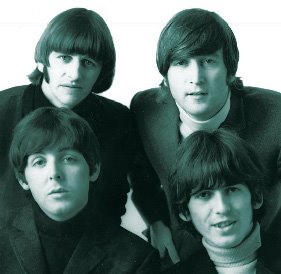 It was 40 years ago today that I saw the Beatles in their last full concert. I was just starting the 6th grade and used my allowance to buy the tickets. I had to take my little sister (3rd grade) in order to go.

Our parents dropped us off at the front of Candlestick Park and they parked on one of the hills surrounding Candlestick. They had a perfect view of the field, could hear the music and see the fans jumping the outfield fences and run towards second base, where the stage was. I remember getting in the car afterwards to find my parents had just a good time as I did watching those die-hard fans being tackled by the police and security in their futile attempts and could hear the music for free from their vantage point.

I remember the older folks sitting around my sister and I took care of us during the concert, letting us borrow binoculars to see the stage better. We were sitting in the cheap seats but had a great time. I did not know at the time that was going to be the last Beatles concert. It was my first concert and sparked something inside me. I love going to concerts, thanks to this first one, and took my girls to many when they were younger.

I found the picture and the below quoted article in my former local paper. Hope they don't get too upset about my printing it in full.

HELLOGOODBYE
Forty years ago today, Beatles played final concert at Candlestick
By Kerry Keene - CONTRIBUTOR
Inside Bay Area
What occurred at Candlestick Park exactly 40 years ago — on Aug. 29, 1966 — had nothing to do with Willie Mays or the San Francisco Giants.

Rather, it was the occasion of the final full-length concert performed by the Beatles as the band concluded its last tour — a 14-city tour of America.

It was essentially the end of the "Beatlemania" that had begun when the group first came to America in February of 1964 and continued for the next 2 1/2 years.

John, Paul, George and Ringo had grown tired of their image as teen idol "moptops." By mid-1966, the gap between them as live, on-stage performers and as more sophisticated composers and studio artists had grown far too wide for their liking. The novelty had worn off. Fans would scream hysterically regardless of how well they played, and they had become virtual prisoners of their hotel rooms while on tour.

Having played their next-to-last concert the night before at Dodger Stadium in Los Angeles, the Liverpool lads had only one more obligation to perform live as they flew north to the Bay Area.

It was a full moon on that Monday night in late August, and not surprisingly, cold and windy. The Beatles arrived at Candlestick in an armored car amid heavy security that numbered 200 strong. Inside, the park was only slightly more than half-full, with nearly 25,000 fans who had paid between $3.80 and $7 for a ticket. Not everyone on the premises, however, was thrilled with theBeatles' appearance.

More than a dozen protesters marched outside the park carrying signs that were aimed at the Beatles and comments that had been made recently by John Lennon. The outspoken Lennon had told an interviewer months earlier that Christianity was on the decline and that the Beatles were more popular than Jesus Christ.

None of that seemed to matter to the fans inside.

The show began at 8 p.m., and the crowd greeted opening acts the Cyrkle ("Red Rubber Ball" and "Turn Down Day"), the Remains and the Ronettes, led by Ronnie Spector, wife of Phil Spector.

Finally, in the face of the hysteria and pandemonium that had become all too familiar, the Fab Four took the stage at 9:27 p.m. Located just behind second base on the field, the stage was 5 feet high and surrounded by a 6-foot high wire fence. The band kicked off their set with "She's a Woman" as the enthusiasm reached a fever pitch. As the San Mateo Times reported the following day, the Beatles "... sang and strummed while their fans shrieked, cried and groaned, wept, yelled, shouted, and did everything but listen."

Throughout the concert, about a half-dozen young fans rushed onto the field in an attempt to get to the stage. Security set about tackling them one by one to avoid further incident.

Realizing the significance of the event, Lennon had brought a camera on stage, and between songs, both he and McCartney took photos of members of the band.

The group performed a total of only 10 songs, which included popular hits such as "Day Tripper" and "Yesterday." They concluded the show with Little Richard's "Long Tall Sally," climbed back into the waiting armored car, and were out of the park by 10 p.m. The Beatles were paid roughly $90,000 for their efforts.

On the plane leaving San Francisco that night, George Harrison told reporters facetiously: "Well, that's it. I'm not a Beatle any more."

The fact is, though Harrison and his mates were stepping away from live performances, and they were just embarking on their most creative, innovative and influential period.
Posted by Suzanne at 8/29/2006 06:51:00 AM