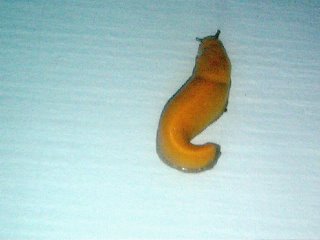 Thoughts on my mind:

Cheney and the Dickheads have filed papers seeking the dismissal of Valerie Plame's lawsuit. From the Reuter's articled linked above:

WASHINGTON (Reuters) - The Bush administration asked a federal judge on Tuesday to dismiss a lawsuit brought by former CIA officer Valerie Plame and her husband against Vice President Dick Cheney and others for alleged involvement in disclosing her employment as a clandestine CIA operative.

Cheney and the other high-level defendants in the lawsuit have valid claims of immunity because of their official positions, Justice Department lawyers said in their request to have the case thrown out.

The lawyers also said that Plame and her husband, former ambassador Joseph Wilson, failed to allege that any of the defendants had violated a constitutional right.

According to the Dickheads, any sitting official can do anything against any citizen and that citizen has no right to hold that official responsible and accountable for their action.

Yeah, right, and if you believe that, there is some ocean front property down in Arizona with your name on it.

Can't you just hear me snicker?

Picked up an additional inch and a half of rain in this last "storm", putting the little cottage by the creek in the redwoods year to date rainfall total at 3 1/4".

This is a banana slug I found crawling up the wall outside the bedroom slider to the deck. If I remember correctly (and I am reaching that certain age where one does start to wonder), oldest daughter had to kiss a banana slug while attending 6th Grade Science Camp. That was many years ago but now not so far away. I'm less than 10 miles from where she camped.
Posted by Suzanne at 11/15/2006 03:51:00 AM